The first Slovak edition of Zuzana Kulašiková’s publication Personal is Political presents a fresh impetus in the field of political philosophy. The subtitle of the monograph: New paradigms in current political philosophy, however, promises more than one would expect from the reference to the late-sixties buzz-phrase of feminist political activism rooting for recognition. 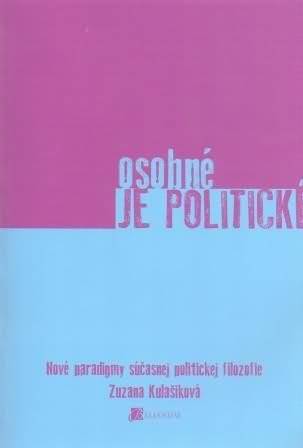 The first Slovak edition of Zuzana Kulašiková’s publication Personal is Political (Slovak original: Osobné je politické) presents a fresh impetus in the field of political philosophy. The subtitle of the monograph: New paradigms in current political philosophy, however, promises more than one would expect from the reference to the late-sixties buzz-phrase of feminist political activism rooting for recognition. Nonetheless, this publication sets out to advance the debates on current discourses of political thought as it analyses the ontological shifts towards subjectivism and emotivism. It has to be noted, that though Zuzana Kulašiková is not the first Slovak political philosophy scholar who has dived into the topic of emotivism, she is certainly a foremost specialist in the field of history of political thought and there is no doubt that this publication will advance the field itself.

The main hypothesis that Zuzana Kulašiková advances in her monograph revolves around the assumption that political theory has subdued to a so-called subjectivist paradigm, cumulating around the need to examine the individual’s actions on a more profound, existentialist basis. This paradigm, enunciated by the debates over the theories of rationality, systems theory and the Communitarianist criticism of liberalism is deemed to contradict the assumption of János Kis, that the notion of good can only be applied to institutions, not individual actions (Kis, 1997). However, as the author wittily points out herself, deconstruction can never destroy a subject, it can merely reconceptualise it into a new form. In this spirit, Zuzana Kulašiková embarks to explore the background of the subjectivist paradigm to document how the discourse of “personal is political” evolved in political philosophy and what it meant for the conceptualisation of subjects per se. Even though the term “democratization of the private” is not an entirely fitting notion for this thesis, the essence of this term is present throughout the whole publication and one could argue that with this work, Zuzana Kulašiková advances and challenges the discourse a bit further.

Personal is Political is a monograph divided into five overlapping chapters exploring the ontological as well as methodological connotations of the subjectivist paradigm. The first chapter carrying the title Revitalisation of political philosophy holds an excellent introduction in store for any reader interested in this topic, however, those already enlightened in the theories of political thought may certainly navigate their way around the publication much easier. Here, one is confronted with the incentive of anthropologism, behavioural theories, as well as the theory of rationalism in the paradigmatic turn. Furthermore, it is the criticism of rationalism in political thought that stands out in this introduction to the monograph. Scholars are particularly encouraged to ponder the interrelatedness of alienation and subjectivity via a number of different conceptualisations. Thereupon, it is worthy to mention the author’s extraordinary ability to synthesize a diverse spectrum of authors and approaches into a comprehensive set of supportive arguments.

Further four chapters of the publication are devoted to a number of specific topics whereupon the author examines her thesis. These notions include emotivism, freedom and individualism, power and power relations. The subjectivist paradigm happens to be present via the lens of numerous scholars, whether it is Taylor’s politics of difference, Honneth’s and Frazer’s theories of recognition or Neumann’s notion of mental alienation. The author uses a wide range of supporting arguments, mostly stemming from the Communitarian legacy of political philosophy. However, it shall be also duly noted that Zuzana Kulašiková does not forget the roots of political philosophy itself, ergo she is not reluctant to go back to Aristotle’s fronésis and his techniques of individual self-recognition. Based on the notions of various scholars, from Aristotle to Hans-Georg Gadamér, Zuzana Kulašiková concludes that “the creation of an individual’s personal identity, in the context of the techniques of self-actuation and in the network of current power relations, should be the core priority of current social and political theory” (p. 133).

Much of Zuzana Kulašiková’s monograph is devoted to the questions of authenticity. As the struggle for authenticity in political science is still a recurring topic, the author ponders the effects of the constructs of public and private in political thought. She aligns along with other scholars such as Judith Butler or Herta Nagl-Docekal who call for reconceptualization of this dichotomous construct in order to advance authenticity in this field. Therefore, saying that the publication holds nothing for feminist scholars would do the monograph much justice. Quite the contrary, Zuzana Kulašiková considers the advancement of feminist theory in political thought to be inherent to the aforementioned ontological shift, therefore readers may be pleased to find a quite unconventional perspective of feminism’s demand to deconstruct the duality of private and public spheres. Hence, the author postulates that this notion is not solely found in the works of feminist theorists. Nevertheless, this perspective of feminist impetus into the political theory is quite unorthodox, as it provides a meta-view of how feminism became a part of the broader picture – the subjectivist paradigm.

Students of political philosophy may be particularly interested to read the last chapter titled Chosen methods of contemporary political philosophy devoted to deliberations over the methodology of social criticism. Zuzana Kulašiková is among those scholars who call for a more engaged political theory, and therefore, a more reactionary impetus of political thought into the social reality. It is also clear, that in Personal is Political, Zuzana Kulašiková happens to adhere to the three-dimensional approach of Iris Marion Young demanding reflexivity, description and normativity in social criticism.

Upon the reflection of this thorough excursus through a dense compilation of approaches, Zuzana Kulašiková formulates a set of particularities related to the subjectivist shift implicit in current political philosophy. These, of course, will not be mentioned here for the purpose of this review. Though it is clear that the foremost intention of the author was to endow budding scholars with a somewhat comprehensive text book dealing with this insufficiently systematized area, this monograph should not be missed out by any political philosophy enthusiast interested in the discourse on the construction of the private and the public sphere. Furthermore, feminist scholars from different areas of social sciences may be also pleased to be enlightened upon the advent of subjectivist discourse in the continental philosophy through the approach focused on authenticity. To conclude and give the final praise, by this publication Zuzana Kulašiková not only documents the epistemological evolution of the “personal vs. political” discourse in political philosophy, but she also opens up a new critical debate about it. 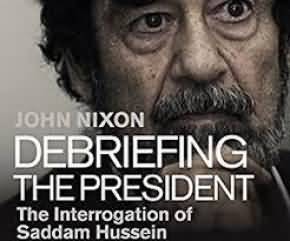 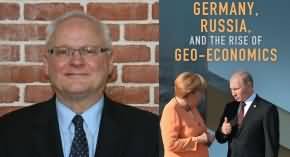 Stephen Szabo: Germany, Russia, and the rise of Geo-Economics (recenze)