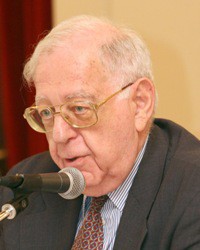 How does the current situation in Syria affect surrounding countries? Are you afraid of an armed conflict between Turkey and Syria or possible destabilization of Lebanon?

Obviously, what´s happening in the Middle East is changing a lot of things. Syria is a very pivotal and central country. Syria was established under the French in the 1920´s and it has never been a historically coherent entity. Syrian minorities have several links to Iraq, to Jordan, to Lebanon and to Turkey. You have many specific minorities in Syria; one of them is the Alawites, which has been ruling in the country for 30 years now. So, what´s happening in Syria is going to have an impact on the whole region.  I am not really afraid of the Turkey-Syrian war. I don´t think that Turkey is going to intervene militarily. But also the Turks realizes that what´s happening in Syria is going to have an impact on them. Both in Syria and in Turkey there is the Kurdish minority, which disrupts the political identity of Turkey. I have no idea where the development in Syria will go. If anybody says me that they know it, I would not believe them. Probably, the Assad regime will not hold out. However, there is no consensus on what will replace it. It can be replaced by Sunni majority, similar to that in Egypt, the Muslim Brotherhood. On the other hand, it can also disintegrate into several ethnic groups – Christians, Alawites, Druze,... To me, the danger in this situation is not the risk of a war, but if Assad goes, there´s going to be something like a Somali or Yugoslavian situation – the war where everybody kills everybody.

How strongly does Iran´s nuclear program resonate in Israeli society?

I do not know. These issues are very specific, very scholarly and very scientific. But let me tell you what I think. I can ignore that Iran is developing a nuclear program. But I cannot ignore the fact that it has been lying to the United Nations and to the International Atomic Energy Agency. If you lie to an international supervisory board, then something is wrong. The question is that at the moment Iran is led by a president who uses language repeatedly in a way that is totally unacceptable. He denies holocaust, he speaks about the destruction of Israel. If any European leader said something like that, he would be probably kicked out from the European Union, probably also from the United Nations. When this is combined with a questionable development of a nuclear program, then it is a problem. I think it is a failure of the European community as the community. It has not excommunicated Ahmanidejad, not Iran, from the society of nations. European community has always condemned Lukashenko. He is a nasty dictator but he does not represent a danger for neighbour countries. He is a danger for his own people. Iran is a danger for the stability of the whole region. Especially regarding the language it is using, which is definitely totally unacceptable in any liberal and democratic societies. So it is the failure of the democratic West because it has not responded more strictly to the almost genocide language which has been used by Ahmadinejad. But of course, this issue is much more complicated. I do not care about the nuclear program. However, certainly is happening what should worry all people. Especially, when it is combined with such a kind of genocide language.

Do you expect a change in Egypt-Israel relations after Islamic takeover in Egypt?

Well, obviously there is already some change. The former Egyptian regime had a peace treaty with Israel in which it believed. It was carrying out more or less according to the treaty. The Muslim Brotherhood, which is now in power in Egypt, when it was in opposition, it opposed the treaty with Israel and it opposed the very existence of Israel. The fact is that once you become a part of the government and start to have many responsibilities, things look a little bit different. The Muslim Brotherhood president is much more sceptical about the relations with Israel. But he has not done anything that should worry the Israelis. He has emphasized several times that Egypt is committed to the international agreement and to peace with Israel. It may perhaps not be a very warm peace. However, I think that there is a lot of pragmatism in the present Egyptian government and the reason for it is very simple. The current government came into power as the consequence of popular demonstrations with enormous promises to do things about Egyptian society and economy. Well, a lot of things really need to be done and I think that this is at the moment their top agenda. So, yes, there is a change in the atmosphere and in the climate, but nothing to be worried about.

What development do you expect in the countries where Arab Spring overthrew local governments?

Well, one has to realize where the government have been overthrown and where not. The governments that have been overthrown were only republican dictatorships – Tunisia, Libya, Egypt and partially also Syria. Countries with traditional dynastic governments – Saudi Arabia, the Gulf Emirates, Jordan and Morocco – have not been overthrown. So the development during the Arab Awakening has been very specific to certain countries and may have an impact on other countries. However, whether it will definitely happen or not, I do not know. The Arab republican regimes were all military dictatorships. They were created by putting on uniforms, putting on suits and calling themselves republics. So there has always been a legitimacy deficit. Whereas traditional dynasties in Saudi Arabia, Jordan or Morocco have always had a historical legitimacy. For example, in Morocco and in Jordon the kings are considered the descendants of the Prophet Muhammad. So one has to become conscious of the fact that there are 23 different countries and each one has its own specific history and culture. So, each one will probably choose a different way of future development.

Are you observing the American presidential elections?

Of course, I am. Today there are only two relevant political parties, which historically have been very broad parties. Everybody knows that there has always been a difference in the language of democrats and republicans. The democrats have been more, let´s say liberal. The republicans have been much more conservative, much more upper-class pro business. On the other hand, the democrats have been for welfare state. But you can see a little movement on the political scene today. The republicans have become an extreme right-wing party, both in terms of neo-capitalist ideology or messianic neo-capitalist ideology and very extreme in matter of abortions, same-sex-marriages. So, the republicans became a very extreme right-wing party which it has never been. So, this fact is really interesting about the present elections. However, I have no idea how it will come out. We´ll see. But it is obviously very tight.

Do you suppose that there could be any change in international relations if Mitt Romney won?

One of the thing that mainly determines the foreign policy is the context in which it is situated and not the rhetoric. I can imagine that Romney becomes the president. His actions would then definitely differ from his current rhetoric. However, the basics of the American foreign policy would stay the same. Romney may speak, as he did, of the Russia as the enemy of the United States. As the President of the United States you really have to deal with Russia. Romney spoke of the Russia as the enemy, which is an extremely right-wing republican position. Romney also spoke in a very tough language about Iran. But I do not think that if he becomes the president, he will bomb Iran. On the contrary, he will have to deal with Iran diplomatically. Politicians should not be judged by what they say but rather by what they do. This makes the contest in the United States unfair. Obama is judged by what he did. Some people think that what he did was successful, some don´t. Romney can be judged only but what he says. So, if Romney becomes the president, he will be then judged by his actions. Until then, there is no way of judging him.

You don´t think that the major contestant of the United States is China rather than Russia?

The United States have a very complex relationship with China mainly because of a huge American debt. The thing is that China is nowadays the most important creditor of the United States. So, you can talk in a very tough way about China but the American economy depends very much not on export or import, but on US Treasuries in the possession of China. If Romney becomes the president, he will have to deal with China in a different way than he is right now dealing in his campaign. 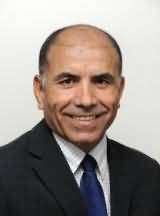 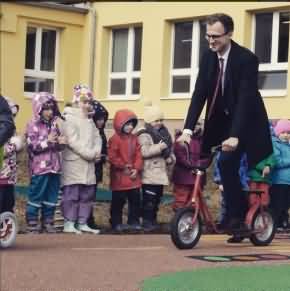 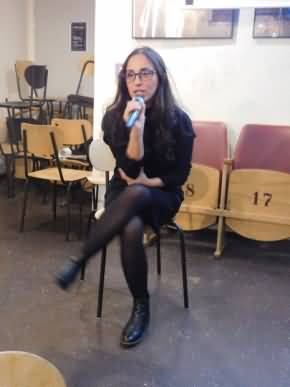 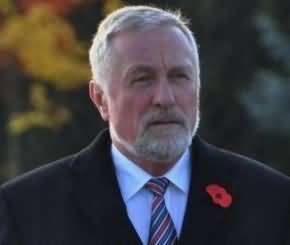