The first round of the first direct presidential election in the history of the Czech Republic was closed a few days ago. The European Values think-tank has been thoroughly monitoring the presidential campaign, holding discussions as well as in-depth interviews with the candidates, and investigating the opinions of the future head of state on the prospective political and economic arrangement of the European Union. 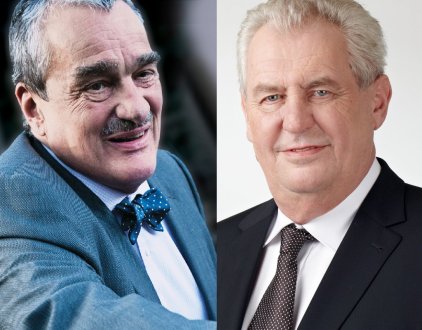 And we have compiled all of the above to bring you the latest comparison of European visions and opinions of the two candidates.

Reactions of Brussels to the results of the first round of the Czech election as well as other indications may lead to the conclusion that the president residing at the Prague Castle in the next term of office will not be Eurosceptic. Both of the candidates support the project of European integration and would like to see it transform into European federation in the future.

Politics and bureaucracy in step-by-step development

Miloš Zeman believes the EU is the way to improved efficiency of all member countries, but disagrees with some bureaucratic directives issued by Brussels. The former prime minister also states that he rejects the idea of a unified European ‘superstate’ without national states: “I as a supporter of European federation am against a European superstate with uniform cheese and uniform beer.” According to Zeman, a functional European government must be established and entrusted with the decision making competences, taking into consideration the principle of subsidiarity – i.e. only in cases that may be handled more effectively on the European level, like defence and foreign policy.

From the very beginning, Karel Schwarzenberg has seen the European Union as a continuously developing political project that undergoes major changes from time to time. Such changes make member countries come closer to one another. However, the development may not be accelerated or prematurely enforced in contradiction with the opinions of the member countries. The Foreign Minister would like the EU to become a federation in a few years despite his belief that the level of federalism similar to the one in the USA will never be reached. And he would wish to see the Czech Republic in the main stream of integration. According to Schwarzenberg, the EU countries will either unite themselves to form a strong alliance, or become subject to someone else’s attempt to unite the currently rather different countries. Moreover, both candidates wish to adopt the Euro. Miloš Zeman demands the adoption of the Euro to be subject to a referendum, while he expects it to be on the agenda of the day in five years at the earliest.

Both Zeman and Schwarzenberg see a more integrated functioning and heading of Czech diplomacy as a must. Karel Schwarzenberg strongly believes in the ability of the government and the president to find a compromise, while Miloš Zeman would negotiate with the government using ‘internal diplomacy’, and enforce his opinions. Both of them would rather attend the European Council meetings only in exceptional cases.

Their opinions on European recession therapies

Opinions of the opponents differ with regard to the development of the institutional arrangement of the EU. Miloš Zeman could imagine extended powers of the European Parliament which does not enjoy full legislative initiative and its competences in this area are considerably restricted when compared to national parliaments. After the complicated process of adopting the Treaty of Lisbon, Karel Schwarzenberg cannot imagine any other feasible institutional changes of the EU.

Opinions of the candidates differ in details, but they both believe that participation of the Czech Republic in the project of European integration is of national interest. Therefore, it is clear already today that Brussels can feel some relief after ten years of not-so-easy communication with Václav Klaus. It will certainly be interesting to see what the Czechs gain and lose after victory of either of the candidates. 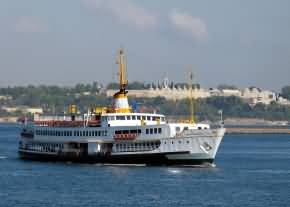 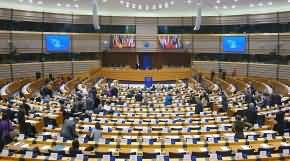