Noam Chomsky is an intellectual and a scholar who is well-known for his contributions to various academic fields. In her article, Markéta Šonková analyzed his contribution to the media debate, namely in connection to his propaganda model with emphasis being put on war-time communication. 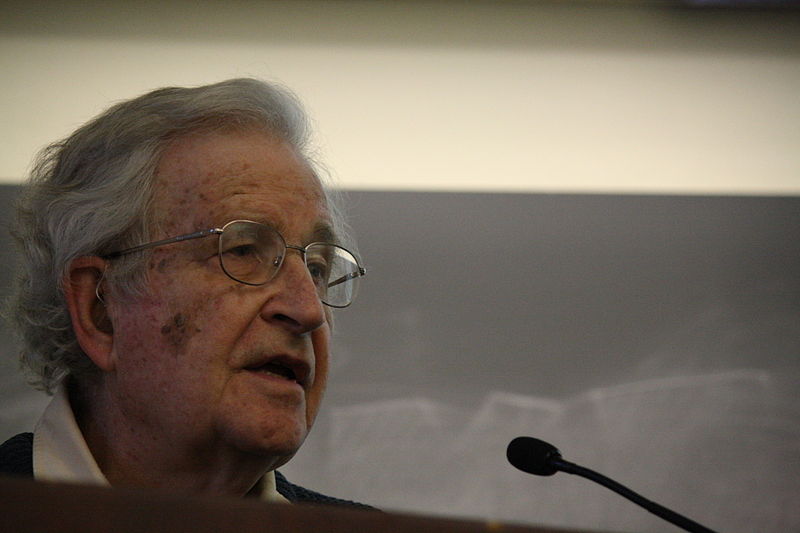 Noam Chomsky indeed is a versatile author. His contributions towards linguistics as well as political debates are undeniably influential; however, this article shall deal mostly with his contribution to the media and cultural studies. His “Propaganda model”, which he came up with together with Edward S. Herman and that was published in their book Manufacturing Consent: The Political Economy of the Media, is one of the key constructs of his media debate. This article shall not, though, comment primarily on the Propaganda model, but since Chomsky has been for many years a political activist, it shall deal with media in more focused way – in connection with the origins of media propaganda during the war time, and with the political manipulation and propaganda via media, as analyzed by Chomsky. Special emphasis shall be laid on history of war and political manipulation as well as demonstrating this kind of manipulation in practice, using example of one of the first instances where this kind of manipulation was used in media on a large scale – the Vietnam War.

In his article What Makes Mainstream Media Mainstream (1997) Chomsky mentions that war propaganda as we know it from the media today has its roots in the First World War. Britain needed the US to get involved; however, their isolationism as well as the fact that Woodrow Wilson was elected as an anti-war president did not make the task any easy. The Ministry of Information was set up and its main goal was to target the ‘American intellectuals on the reasonable assumption that these are the people who are most gullible and most likely to believe propaganda [as well as] they are also the ones that disseminate it through their own system’ (Chomsky, 1997). It turned out to work well; nonetheless, Wilson still had to persuade the American public that going to the war is needed, so:

They set up the first and really only major state propaganda agency in U.S. history. The Committee on Public Information [...], called also the Creel Commission. [...] The task of this commission was to propagandize the population into a jingoist hysteria. It worked incredibly well. Within a few months there was a raving war hysteria and the U.S. was able to go to war (Chomsky, 1997).

This “success”, however, bore dangerous consequences, as Chomsky further on mentions, because even Hitler was very impressed by the effect of war propaganda, and in his work Mein Kampf concludes ‘that Germany lost the first World War because it lost the propaganda battle’ (Chomsky, 1997). Thus, media propaganda became so very early in the 20th century an integral part of the war industry.

However, it is not only the realization of power of the media in the war time that arose with setting up the Creel Commission. Even though it was the British who ignited the initial spark, the Americans were those who brought the media propaganda to perfection. Chomsky claims that after this realization, the need to control what people think arose as well. Sadly enough, the First World War propaganda system thus proved that it is possible to ‘regiment the public mind every bit as much as an army regiments their bodies’ (Chomsky, 1997) and nothing could stop the media from exploiting this fact ever since.

Drawing on all the aforementioned as well as on Walter Lippmann, who was a part of the Creel Commission and who was actually the first one to use the term “manufacture of consent”, Chomsky came with his interpretation of “Propaganda model” which he described together with Edward Herman in their book Manufacturing Consent. Another example that Chomsky lists in connection to the origins of the early media propaganda was the fact that society was becoming more democratized and thus “needed” to be more controlled, as those on the top realized that their society was no longer a “private men’s club” (Chomsky, 1997), so ‘the conclusion was, as they put it, politics has to become political warfare, applying the mechanisms of propaganda that worked so brilliantly during the first World War towards controlling people’s thoughts.’ (Chomsky, 1997). Once again, the World War I as well as the war time experience accelerated the way society started being shaped.

When talking about the initial concept of the “Propaganda model”, Chomsky claims that their attempt was to ‘explain the performance of the U.S. media in terms of the basic institutional structures and relationship within which they operate’ (Chomsky and Herman, 1988: 1). Their view was that media are no longer independent as they ‘serve, and propagandize on behalf of, the powerful societal interests that control and finance them’ (Chomsky and Herman, 1988, 1), and thus are the news basically shaped and interpreted according to privileged groups that have money and power. They list several factors that according to them are integral part of the propaganda in the U.S. media:

[it is the] ownership and control, dependence on other major funding sources (notably advertisers), and mutual interests and relationships between the media and those who make the news and have the power to define it and explains what it means, [...] [as well as other factors] such as the ability to complain about the media’s treatment of the news (that is the ability to produce “flak”), to provide “experts” to confirm the official slant on the news, and to fix the basic principles and ideologies that are taken for granted by media personnel and the elite, but are often resisted by the population (Chomsky and Herman, 1988: 1).

On the other hand, they stress that they are talking about media structure and performance, ‘not [about] the effects of the media on public’ (Chomsky and Herman, 1988, 2). In other words, Chomsky and Herman stress that the degree of individual approach and understanding should not be neglected, even if it is being constantly exposed to influences of the media structures, as they think that even though ‘the propaganda model describes forces that shape what media does; it does not imply that any propaganda emanating from the media is always effective’ (Chomsky and Herman, 1988: 2). It is, however, questionable to what extent can an individual distinguish whether the information had been manipulated or not, as in the democratic societies propaganda is sometimes disguised, for example by ‘creating the illusion that there’s a debate going on’ while this debate is controlled (Barsamian, 1992: 63), the spectrum is limited and uncomfortable perspectives are marginalized – it is a ‘brainwashing under freedom’ (Mitchell and Schoeffel, 2002: 13). Further on Chomsky admits that ‘propaganda very often works better for the educated than it does for the uneducated’, because they read more and are thus agents of propaganda (Barsamian, 1992: 65). Chomsky often quotes Orwell in connection to the language of propaganda and his Ministry of Truth as a representation of the institutions “in charge”. His main point is that people tend to become conformists unless they want to experience outcasting, and thus they basically become part of the system (Barsamian, 1992: 69).

Coming back to Chomsky’s ideas on media manipulation in the war time, it is necessary to highlight that his interest in politics and related reporting has started as early as in the late 1960s (The Noam Chomsky Website), and thus his work poses an extensive documentation of the American military involvements (Smith, 199: 191). Also, his observations are especially valuable, given the span of time he dedicated to those observations, as well as the fact that he, as a linguist, understands the effect of words and information. War reporting and manipulation is particularly important as it at least partially shapes the public image of a war and its possible popularity or unpopularity may subsequently have effect on its consequences, as it happened for example with the Vietnam War. In an interview with David Barsamian Chomsky listed an example of such a language abuse in connection to a discussions between the “doves” and the “hawkes” that is two groups of people with different view of the war: ‘Both sides [...] agreed on something: we have a right to carry out aggression against South Vietnam. [...] They called it the “defense” of South Vietnam, using “defense” for “aggression” in the standard Orwellian manner.’ (Barsamian, 1992: 64). Similarly, he claims, no book on the US history will talk about the American attack on South Vietnam, but about the Vietnam War with aim to defend the South Vietnamese (Barsamian, 1992: 66). With this example Chomsky shows how powerful the words are, and how fine the line between the interpretation and distortion is, even when the American media actually did not express directly their opinion, as they in fact never did during the Vietnam War (Mitchell and Schoeffel, 2002: 32). Last but not least, it is also the selection of information that goes to press sometimes only when convenient, for example the release of the My Lai massacre (March 1968) that became an issue only by the end 1969 when the majority of the US was opposing the war anyway (Mitchell and Schoeffel, 2002: 35).

It is not possible to describe the entire concept of political propaganda in media according to Chomsky in this single article. Chomsky has been actively involved in political debates ever since the Vietnam War and regardless his advanced age, he still heavily contributes to political and media debates. Nonetheless, to sum up Chomsky’s ideas this article presented, it is important to highlight that according to his analysis, it was the war propaganda machinery that started with modern media propaganda in general. Manipulation and propaganda then started to be a “normal” practice, using techniques described by the concept of the “Propaganda model” and then, in a vicious circle, the media propaganda started a whole new way of the manipulation, as shown on the example from the Vietnam War era.

This article was written during my time as an Erasmus student at Keele University, United Kingdom. I would like to thank my seminar tutor Dr. Lydia Martens under whose guidance I wrote this piece as a part of the course Mediated World. 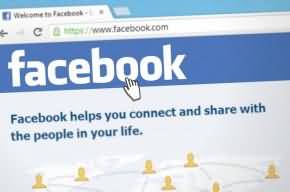